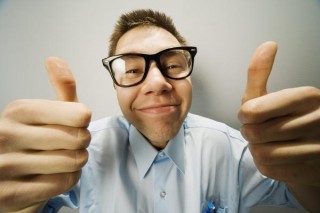 Is it bad to be known as the Fraternity that accepts anyone? Some brothers feel like it is okay to take on ” fraternity recruitment projects” because our chapter currently has people that are “projects” in it as well. However should that be the goal where we take in everybody and not worry about how it makes our image look?

(I should state that the new “project” we’re going to bring in isn’t liked by the majority of the chapter and creeps both girls and brothers out.)

The fact of the matter is we are all projects.  We all have flaws, and those of us with ambition try eliminate them and get a little better every day.

Frankly though, your question isn’t about fraternity recruitment projects – it’s about accepting someone into your fraternity who you know should not be admitted.  The only reason your fraternity is considering them at all is because it’s an easy way to boost your recruitment numbers.

Taking these guys is kind of like a payday loan.  It is great to get the cash now, but you will have to pay it back at 80% interest and that could cripple you.  You must avoid this near-sighted mindset at all costs.

They will rationalize taking a chance on someone because they could be a diamond in the rough.  They will (incorrectly) use a few current brothers (or even themselves) as examples as guys who were admitted into the fraternity and had issues like the guy in question.

Then they will explain that if the brotherhood doesn’t like the guy, they can just kick him out during the new member period.  Of course, you and I know that will never happen.  These are just excuses for guys wanting to take the easy way out.

Why are Fraternity Recruitment Projects Bad?

The true damage of taking on fraternity recruitment projects will hit when he finally becomes a brother.  He will put a strain on the chapter because the brotherhood really doesn’t want him around.

The strain will become magnified during rush and mixers because brothers will be embarrassed by him.  It will especially hurt during recruitment because recruits will not be eager to join a fraternity that preaches exclusivity, but let this guy in.  Of course, then the standards will need to be lowered further to keep numbers up and before long you will have an entire chapter of these guys and your fraternity will be dying.

I realize this all comes off as cruel and heartless.  That is not my intent.  I am looking out for your best interests.

Every guy you bring into your fraternity needs to add something to the chapter.

If a guy doesn’t add something you can’t accept him.  All guys aren’t going to add the same things.  Some guys may not be the most ‘popular’, but have other qualities that will make them good brothers.

Your job is to add guys who make your brotherhood stronger.  Do not worry about what outsiders think.  You aren’t building a fraternity for them, you are building it for you.

Finally, don’t ever forget that your fraternity is an elite organization.

You should have pride in what you stand for, and only invite the most high quality men into your fraternity.  Don’t bring in a bunch of payday loan brothers.

Fraternity Recruitment Projects will cripple you forever.  You and your brothers deserve better than that.