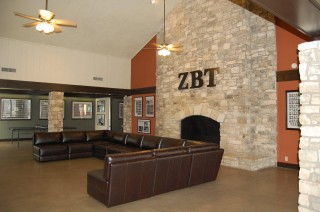 It is becoming harder for chapters to find chapter houses. When a chapter does find a new home, there are 5 common mistakes they typically make.

This is the primary killer. Chapters who have active, dedicated members could have all members live in house, but this is a tough commitment. Some chapters have members who cannot afford to live in the house. Some have parents who do not want them to live in the house.

Another issue that arises from this mistake is that the alumni or the school may set expectations on how many people must live in the house. Not filling the house will lead to your alumni and your chapter losing a significant amount of funds. A chapter house is a business, if your house is costing you money, you need to fix it or your chapter will not survive.

There is another awful scenario. Maybe you reopen and/or renovate the house but your members do not want to live in it. This seems crazy, but it is possible.

There are three possible solutions to fixing these mistakes. First is set a goal of how many members need to live in house next year. Most chapters should expect to have 50%-80% of the brotherhood interested in living in the house.

If you can’t meet your goal to make the house a viable option, then you need to seriously consider not having a house next year. To avoid losing your house, you could find tenants who are not members of the fraternity to live within the house. However, this is a terrible idea in nearly every case and I don’t recommend it.

This is a less-common mistake that chapters and alumni associations make. An example is Chi Phi’s Rho Chapter at Lafayette. Their chapter house was built using school property. The chapter was kicked off campus in 2006, and the school refused to recognize the chapter’s recolonization. The Rho Chapter has petitioned for recognition since 2011, but have been denied every time. The worst part is they have a house and a lot of capital tied up in a house they cannot even use. They own the house, but they don’t own the land it sits on.

This one is tough. If your chapter rents your house, then your landlord has the right to add clauses to the contract that protects his asset. You can’t really blame him.

However, you need to make sure those rules are understood. Have the most mature leaders of your chapter (hopefully including your president and chapter advisor) speak with the landowner about setting house rules. Include in that conversation what improvements can be made to the house. Being honest with the landlord will help your chapter in the long-run.

Not using the house to recruit new members and bring back old alumni is a Greek Life felony. It is disappointing when a chapter has a large asset such as a house, but chooses not to promote it. If you have a permanent location where your members regularly are located, post it on social media and try to stand out. You don’t have to worry about putting a target on your back from the university if you are responsible with social media.

The second error is when a chapter doesn’t use their house to bring back alumni. A secret to Greek Life is it is a cycle of members who grow old, have large sums of money, and donate it back to the chapter and the house that gave them so many fond college memories. If your house has 50 years of history and only one alumni brother visits a year, it is safe to say your chapter has failed at alumni relations. It is time to promote the house and host more alumni events. These events will bring your alumni closer to the chapter and will help you attain future goals.

This is the ULTIMATE mistake any brotherhood can make. If your house has broken windows, nothing is maintained, and pigs wouldn’t want to live there because it smells like natty ice, then you have a major issue.

This problem is due to a lack of standards set by the brotherhood. By failing to maintain a higher standard than other houses, you will lose on every front. Alumni will stop coming to the house and investing in the brotherhood, brothers may not want to move in the house, new members will not rush, and the owner of the house may even kick you out.

This is the ultimate mistake because it is a cycle and has probably infested your chapter to the point where no one wants to change. The only way to fix it is to set high standards and stick to them. This mistake is also the toughest because if the next executive board does not maintain the same standards or higher, then all that work was for nothing.

All five of these mistakes are correctible and there are ways to prevent these issues from occurring. The challenge comes when the behavior has become a cycle and the executive boards see the issue, but do nothing about it. Your chapter can enter a downward spiral that can lead to heavy lawsuits, your chapter house closing, and even the removal of your charter if these mistakes are not corrected. Take pride in your house, and treat it like the treasure it is. A chapter with a healthy house is a clear sign that the chapter is succeeding.