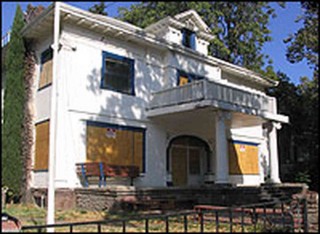 The number of members in a fraternity fluctuates throughout a fraternity’s history. There are going to be times when a fraternity is very low on numbers, or even on the brink of closing. While it does present a serious challenge, it isn’t a situation that can’t be overcome.

To solve this problem, the fraternity needs at least one highly motivated member. This goal of this member is to be able to recruit someone who can buy into the idea of saving the fraternity. During recruitment, the member must impress upon the recruit that he will essentially be given the keys to the fraternity when he becomes a member. This recruit needs to know he is critical to rebuilding the fraternity, and it will be rebuilt largely in his vision.

The recruit also must know that he will be charged with recruiting people who can help him in his rebuilding efforts. Often, a motivated person who decides to join and rebuild a fraternity will bring five or six of his friends with him. It is vital to find someone with a lot of motivation and drive, and then help them help you rebuild.

The key point you are selling during recruitment is the chance for someone to essentially start a fraternity. There really isn’t much difference from rebuilding a fraternity and starting one from scratch. This opportunity has a lot of appeal for type A people; and it is this type of person that will turn your fraternity around.

While it is tempting at this stage to initiate anyone who is willing to join, you must not go that route. Having a few dud members could dissuade the type of person you are attempting to find to rebuild your fraternity. Don’t let someone you really don’t want around anyway to stop your rebuilding efforts.

Saving a fraternity with numbers problems is definitely a challenge. However, fraternities in this situation are often just one or two key recruits away from turning the situation around.