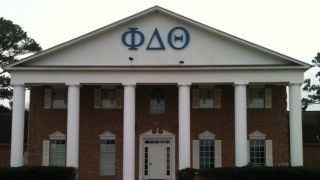 I currently serve as my fraternity’s alumni house corporation president. We’ve raised a significant amount of alumni money in a search for a new house, but we now a have a somewhat backwards problem; we can’t find a house to buy. Local landlords own most the Greek houses, and won’t sell. They know most groups will rent if that’s the only option…so why sell?

Recently, though, a local individual approached us about selling a fraternity house he bought and fully restored about 10 years ago. It is probably the furthest away from campus of all of the Greek Houses. It is a BEAUTIFUL house in GREAT condition, but after speaking with the undergraduate president, he thinks it will kill the chapter in 2-3 years, because it is about a mile off the campus. He thinks they won’t be able to get guys to come to the Chapter house, over ones right on the edge of campus.

My question is, does a fraternity a little far off campus ultimately fail, if there are more convenient options closer to campus? I know hard work will bring some guys in, but statistically, what are our odds of failing? We don’t want a house we can’t fill.

He is worried they won’t get the random “foot traffic” during rush, sorority girls will never want to come over, and guys will not be happy about the 25 minute walk to class.

Any guidance at all is appreciated-thanks!

Thanks so much for your question. I’m a long time housing corp president myself with a strong background in real estate development. In fact, with TFA here, we’ve been looking for a while to do a lot more on housing and house corps. But, as I’m sure you know being a volunteer with a full time gig, sometimes it’s difficult to give all the projects you want to do the attention they deserve. So, thank you for the question, because it at least forces me to get started. I hope I can at least give you an outside perspective to help you make your decision.

You have a bunch of money and you’re not exactly sure what to do with it. That’s a whole lot better than the alternative.

Let me start by saying that you and your housing corporation board (and the housing corps of other chapters on your campus) are the foremost subject matter experts on what sorts of fraternity housing works in your very particular location and what doesn’t. What I can do is talk through the issue with you, but ultimately no one knows the answer to this question better than you.

Incidentally, my housing corp has managed a number of properties over the years and is now on the verge of building an 11k sf house for about 1.65M. That location happens to be almost exactly one mile from the outer corner of our campus (further to academic buildings) and just at the end of the campus bus route (which only runs during class times).

Just to restate your question: Your chapter president believes that, and you are at cautious about, a house being a mile away from campus when other chapters are closer presents a risk of your chapter folding.

Let me ask you this, if a new colony started on your campus tomorrow with no alumni, no money, and no house… of course it would be a struggle, but you do understand that they wouldn’t fold because of that right? At some point in your chapter’s history they probably went through that scenario. There are chapters all over the country that are successful without houses close to campus. One example at my school is PiKap. They’re fully seven miles away from campus, across the county line, and far beyond the university bus route. Yet, they’re a really solid chapter with a lot of members and socially popular.

I would emphasize that people join people, not pieces of property or shared living arrangements.

When I was an active, we jumped around between rented houses. The house I pledged in was a few blocks from campus. After that we had one far out of town. Then I lived in one right across the street from campus. No question; there are differences.

Being real close to campus, our non-resident members would park at the house and walk to class. They saved on parking fees, had a guaranteed spot, and hung out between classes or especially at the end of the day. I would say that made our physical brotherhood a little bit tighter because we were spending more time together on a day-to-day basis outside the context of parties. Guys were more active in pledge education – which is good, but could be an increased risk depending on your perspective & chapter culture. Recruiting was a breeze because half the school walked by our house just about every day. We didn’t have to work – I was going to say hard, but really at all – to get big pledge classes, and we could be more selective. However, we were under literally constant scrutiny and ended up in trouble a lot more often.

When we were far away from campus, by which I mean a 10 minute drive, the reverse was true. We still filled our pledge classes and were able to be selective, but we had to work a hell of a lot harder to do it. There were a couple semesters in there where the rush chair dropped the ball or we as a chapter got lazy and it hurt how selective we could be. We still did it very effectively, but part of the reason for that is we could get away with murder out there. While on the surface that may seem like a good thing, as an advisor it should also scare the hell out of you. It means the chapter will do less risk management, because they can get away with it. It’s not just less risk management for parties either; it’s less supervision to prevent problems with hazing or anything else that might occur. With the house out there, we had a problem with the chapter growing apart some. Guys didn’t hang out at the house outside of parties as much, which meant things initially got more cliquey. We ended up with sort of a serious core group and a very party oriented group, with a power struggle between them. There were other problems going on, but our governing board ultimately addressed all of it with a membership review.

Now, to be clear, you’re not talking about a 10 minute drive. You’re talking about a one mile walk. That is sort of the compromise between the two. I would assume you’ll still be under a fair amount of scrutiny. You won’t have to create things constantly to get guys to the house, but they won’t be sitting around there all day between classes either. If you can strike the right balance, then it can be the best of both worlds; or at very least it isn’t going to kill your chapter.

Overall, I think your President has a limited frame of reference. I think he only knows one way for the chapter & the house to function. He doesn’t understand there are other ways that can be equally or even more successful. And, I think big picture is he’s scared of change. That’s natural, but it isn’t necessarily healthy.

As advisors, we have the experience and the broader/deeper knowledge that our undergrads don’t. Our job is to look beyond the kind of fear your President is experiencing and make the long term strategic decision that’s going to be best for the organization as a whole – undergraduate & alumni, as well as the business sense of the housing investment. Maybe that means retraining the chapter on a new way to do certain aspects of their operation – recruiting, brotherhood, social. Maybe it requires them to work harder on certain things rather than have them handed to them. But you know what? I learned a heck of a lot more facing up to those kinds of challenges than I did from just enjoying the benefits, and I didn’t have any less of a good time or any less of a successful chapter because of it.

Good luck with your decision, and congratulation on what you’re about to embark on. I hope we’ve been able to help a little bit, even if it was just to look at some different perspectives on what you’re dealing with.
I hope you’ll come back and visit us. I’m going to be doing a lot more housing articles this year that I think you might find interesting. In fact, the next one is going to be on the advantages of building from scratch versus buying, and I think that’s something you should seriously consider if there is any way whatsoever that it might be possible. There are some hidden advantages that you may not have considered.

This question was submitted by one of our readers. If you have a question you want me to answer go here to submit it: Fraternity Advice.
– This answer was written by Dennis Nall, an alumni brother from Alpha Tau Omega and frequent contributor for the thefraternityadvisor.com. If you are interested in writing for thefraternityadvisor.com – let us know (CLICK HERE)!
To learn more, check out our most in-depth article on fraternity recruitment: The Complete Guide to Fraternity Recruitment.
Tweet
Email
Print
September 23, 2013 by Pat Hagerty in Fraternity Recruitment