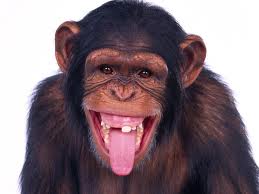 Eventually, the monkeys got the hint and stopped climbing the pole. Whenever a rebel monkey tried to climb the pole, the other monkeys would grab him and stop him from climbing.

After that, the guys in charge of the study would remove one monkey and replace him with another monkey every-so-often. Obviously, the new monkey would try to climb the pole to get the bananas, but the other monkeys wouldn’t let him.

Eventually, all the original monkeys were replaced with new monkeys through this process. None of the new monkeys knew the reason why they couldn’t climb the pole since they weren’t exposed to the hose.

However, they still kept each other from climbing the hose! That is pretty incredible since it goes against their nature to try to eat bananas.

So what’s the point? The point is do the brothers in your fraternity realize the reason why they do things? Very often a chapter will carry on fraternity traditions and not realize why they are doing it or see the benefit.

All too often this involves hazing. Many fraternities have incorporated hazing traditions into their ritual that are painful for both the pledges and the brothers. The brothers do it because that is how it has always been done.

Don’t be a blind monkey and fall for this trick. Using the ‘that is how it’s always been done’ reason is not a valid justification for doing something. Step up and be a leader if you think something needs to be changed.

If you don’t, you’ll never get the banana.

Tweet
Email
Print
May 3, 2010 by Pat Hagerty in Fraternity Leadership