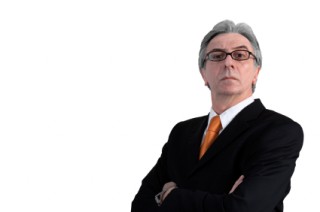 I go to a small liberal arts college where Greek Life is only just over 50% of the student population. Our campus recently got a new Greek Life Director (about a year ago,) he also serves as the Faculty Advisor to IFC, Panhellenic and Student Government.

At first, he seemed very great, incredibly helpful, and a friend to everyone, but then things went downhill. He enacted several ‘mandates’ and rule changes without the approval of IFC or Panhellenic including a requirement that our organizations fully disclose our pledge program to him (keeping in mind that hazing at our college has NEVER been an issue for any of our organizations.)

It is rumored that he manipulates the student leaders selected in IFC, Panhellenic and Student Government as he is the sole person that sees election results and the people he chooses already do everything he says. In addition, he openly gossips, berates, and mistreats students, one time pulling a member of a fraternity into his office to talk about a rule change that resulted in him outright screaming at him for the duration of the meeting.

The Greek Community despises him. Most of the college’s Greek alumni have had very rough run-ins with him. Once he held a sorority responsible for something they didn’t do and scolded them before even contacting their advisor which resulted in the advisor, a lawyer, telling him never to speak to them again without her being present. Another time a donor to the school wrote to him about what the donor perceived to be an irrational requirement which ended in that donor being told his opinion was irrelevant.

In spite of this, the Dean of Students and Vice President of the college still supports this man and continues to give him the ability to do things that don’t require student buy-in or participation. All channels available to most students have been closed because he has a choke hold on every avenue of grievance. We are at a complete loss and we don’t know how to combat this detrimental figure on our campus.

I hate truly hate this for you. As an undergrad, I had a great experience with my Greek Life Director. She was a great mentor who made me a better person. It is a shame you don’t have this. I feel very fortunate I did.

First, try to give the guy the benefit of the doubt. It looks like you were not directly involved in the examples you provided so maybe there is more to the story that you don’t know? ?? Should you feel that your chapter has been slighted, be a man and have a professional conversation with him. You don’t have to be confrontational when looking for more information. Remember there are two sides to every story…

If it turns out this guy is as you describe – let me give you some sage advice.

No matter what you do – you will be seen as a student trying to bully the administration. It doesn’t matter if you are right or not – you will not win. Also, if you do decide to pick a fight, chances are you won’t be around long-enough to see it through. You are probably halfway through school now, and you will be graduated and onto the next phase of life before anything gets resolved.

Again, this isn’t a fight you can win. And really, it isn’t your fight to fight. This is something that your alumni and national headquarters need to resolve on your behalf.

You can help your alumni leaders though in their fight by documenting anything and everything that you find questionable. If I were you, I’d tell my chapter advisor that I will send him an email to document anything that I think is fishy from now on. Tell him to create a folder to document all these emails. It shouldn’t take you more than a minute or two to send one from your phone when it happens. And now everything is documented.

This gives him examples to use against this advisor should he choose to do so.

As for your chapter though – tread lightly. The last thing you need is a target on your back. Don’t give the GL Advisor any reason to come down on your chapter.

The guy has obviously shown an abusive side which you do not have to put up with. Never go to meeting with him alone. Always bring a third party. If you live in a state other than these – California, Connecticut, Florida, Illinois, Maryland, Massachusetts, Montana, New Hampshire, Pennsylvania and Washington – tape the conversation. In the states above both parties must consent to have conversations taped, but in all others only one party (you) needs to consent.

Again, I hate that you are in this situation. I am hoping that he really isn’t all that bad, and that the facts got blurred when they finally reached the undergrads. Most of the student development folks I have met have a great passion for what they do, and the behavior you describe above flies in the face of that passion. Reach out to the guy and form an opinion of him on your own.  Remember that leaders don’t rely on rumors and 2nd hand information to form their opinions.