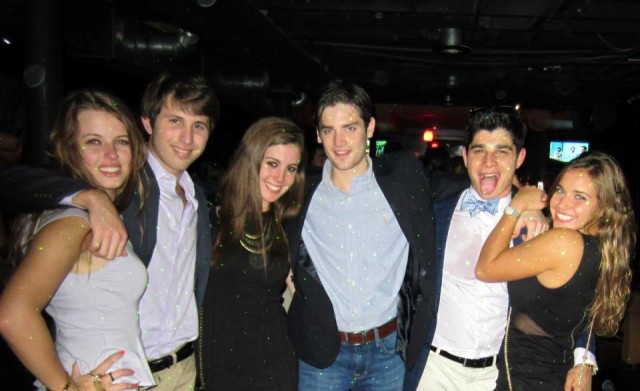 I’ve got an interesting situation. Recently one member, a new and more soft spoken member, had his girlfriend stay with him at the fraternity house for several days. During this time another member, older by 1 pledge class & more of a for lack of a better word dick, slept with the first members girlfriend.

The first member didn’t find out until his girlfriend had already left & during the following chapter the older member joked about the situation & made the new member very uncomfortable in front of everyone.

I know that it’s not against the law or bylaws & the (now ex) girlfriend should be held responsible so my question is how do I handle this internally & what can be done to ensure this doesn’t happen again? As you can imagine this breaks down brotherhood at its core & creates an unhealthy divide between pledge classes & that isn’t representative of the type of fraternity I’m recruiting guys to be in.

I feel your pain. This is absolutely unacceptable, but also easy to address.

You probably have something like a chaplain. That person is not there to read a prayer before you start ritual. They are there to maintain the brotherhood. His job is to verbally stomp on this guy when he says something like that in a meeting. He’s also supposed to put those two guys in a room together and solve problems like this before they harm the brotherhood.

It sounds like you’re beyond that now, so… If a guy gets arrested for something bad, the fraternity would say its conduct unbecoming and throw him out right? How is this different? I guarantee that catch-all is in your national rules. Disciplinary action absolutely is something you should consider. You need to rehabilitate the character of the guy that did this, and also send a message to the chapter that they ARE going to be the kind of people you’re trying to recruit into your fraternity or there WILL be consequences.

After you get this settled, let me suggest you set up a standards committee. It’s just a formalization of what I told you the Chaplain should have done immediately. In our case it is the Chaplain along with an older prior exec guy (sgt-at-arms) and a younger pre-exec guy (doorkeeper). The committee is about preserving the brotherhood and rehabilitation, not punishment. They can informally discuss/investigate an issue with the members involved within a day or two; before it has time to fester. If it is a problem between members like this then they can talk it out. If it’s something like a fight, damaging property, breaking house rules, etc then they can levy a standard fine or other standard punishment. But, they’ll also look at options like having a guy meet with counseling services or something like that.

If they find the case is serious enough to warrant a Judicial Board then they can refer it up. It works like a grand jury in that sense. What this does is allow you to take a look at those gray area cases that may or may not need disciplinary action, it allows you to address most standard problems without having to do a full blown formal JBoard, and it seeks to rehabilitate members for the good of the brotherhood rather than just come down on them for making a mistake. I know it’s out of the box for most chapters, but give it some thought. Especially as chapters get bigger, it can be an important improvement in how you choose to be more than a social club.

As to that pledge class divide, that shouldn’t happen. You should not be more loyal to your pledge class than other brothers after initiation. You need to do a better job mixing everyone together. Not long after you start having issues with divisions between pledge classes you’ll start getting super cliquish and cease being anything related to a fraternity. Take a look at what you’re teaching in your pledge process. Coming through an experience together is one thing. That’s what happens before big brother/halfway point. The back half is when they’re increasingly accepted as friends by actives and incrementally integrating into the chapter.  We can help you with that kind of stuff, but you need to tell us more about what’s going on in your chapter so we can give you more specific advice on some options you might look at.

Good luck with your situation. I’m glad you’re showing the character to deal with it head on, and especially that you recognize the need to target character in your recruiting process.