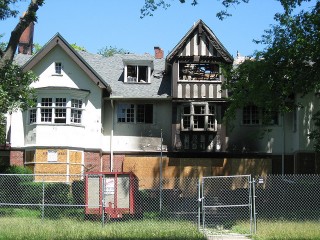 I go to school in Utah, so a huge majority of the students on our campus are Mormons, and most of our fraternity brothers are Mormons. Luckily because of this, we have very little issues with risk management or standards issues.

Unfortunately we do have a big problem with filthiness and cursing. When we tried to address it at our last retreat the brothers responded very poorly to the discussion. How do we go about approaching a problem like this? We have lost relationships with brothers, potential brothers, and also relationships with females because of the uncleanliness of our brothers.

I can see how addressing it at a retreat would get a negative reaction.  Essentially these guys felt like they were being called out in public.  That puts brothers on the defensive and never works.  These conversations should be held one on one in private.  You will have much more success doing it that way.  Regardless, let me tell a story….

I have six buddies who were in the military with me.  Most of us are out now, but we have remained close.  One of them is Mormon – and he is as straight an arrow as they get.  He doesn’t drink (won’t even touch a caffeinated drink), smoke, gamble or swear.

We are all big football fans, and we get together once a year for the NFL Draft.  Everyone makes it without fail.

We party pretty hard that night (the other five of us anyway).  We tell a lot of jokes in poor taste and the language is pretty salty.  Out of respect to our friend, we try to curb our offensive behavior, but we normally don’t do a very good job of it.

What makes our Mormon buddy so awesome is he never judges us for it.  He has different beliefs, but never forces them on us.  He is strong enough in his convictions that he can stay true to himself and not let outside influences bother him.  He likes us for us, warts and all.  And we love the hell out of him back.  And he always has an awesome time when he is with us.

The point of the story is you can only control the behavior of yourself.  If you let how others act bother you, then you are setting yourself up to be miserable.  You have to rise above it and appreciate people for who they are – realizing we all have flaws.

The only way you can truly rid this from the house is to not recruit guys who behave in this manner.  But once they are brothers, you are stuck with them.  Remember that brothers handle disagreements in private with man to man talks.  This is the only way you will be able to find common ground.

We are the first Greek organization on campus (shortly followed by a single sorority) in an area of the country dominated by Mormons, the school government is controlled by people who have their own ideas about fraternities and want to shut us down every way they can. What should we do? I personally lost an election within the fraternity because I “Party too hard.”

First off, congratulations on being the first Greek chapter at your school.  Thousands of men and women will get to have the Greek experience because you guys blazed the trail.  That is really awesome.

Realize the people are scared of what they don’t know or understand.  This is especially true of fraternities with all the negative press out there.  It is your job to win the skeptics over.

To do that, you need to confront the issue head on.  Go to the administrators that have the negative opinion about Greek Life and talk to them about their concerns.  Host roundtable meetings so the entire brotherhood can be present.  The very first step is understanding where these folks are coming from.  You can only do that one you establish an open dialogue.

Then, team up with them to accomplish good together.  Find a service project that interests both parties, and then make it happen.  If you do good for your school and community, then they quickly become your biggest fans.

Finally, don’t be idiots.  All your goodwill will be shot the first time you have a 27 keg party that gets busted by the cops.  Or the first time a pledge is seen having dinner with a blow up doll at Bojangles (chicken joint in the south – don’t ask me why I used it as an example).  Be classy gentleman who are great representatives of your school and community.

Do these things, and you’ll be in good shape.

Also, while I know nothing about your personal situation, I am confident you didn’t lose your election because you partied too hard.  That is a lame reason someone gave you to cover up the real reason.  Chances are your ideas weren’t as good as the other guys.  Or they were, but you did not do a good job presenting them.

My advice to you is be the best brother you can be.  You can still be a leader even if you don’t hold a position.  Also, be sure to check out my article How to Win a Fraternity Election to ensure you don’t lose next time.