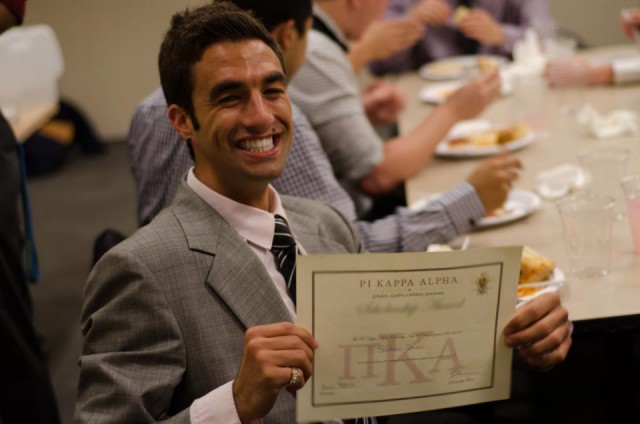 I was awarded the most outstanding brother of the year by both my chapter and my national fraternity. I was also awarded my university’s fraternity man of the year. Winning those awards was easier than you think, and I want to share with you my secrets on how I was selected.

Most, like nearly all, people who apply for awards focus on what they did. They will say there were members of this club, or held this position, or attended this event thinking that the judges will be impressed by the quantity of activities they participated in. This is the wrong approach. People really don’t care what you do.

What they care about is what you accomplished.

I was selected for those awards because in my applications I would briefly describe what I did, and I would focus on the tangible results that resulted. For example, I wrote that I revamped our fraternity’s academic program by doing XYZ as chapter president which resulted in four straight semesters of an improved chapter GPA. The result is what was important, not what I did to get there.

That example makes another key point. An accomplishment like improving the fraternity’s GPA is obviously a result that will be very impressive to student development types – the people who will be judging the applications. I made sure that the write-up of my accomplishments focused on what was important to the judges, not necessarily to me. This made my accomplishments stand out.

This tip on focusing on results isn’t true only with applying for awards. This is the #1 secret to resume writing. The people who hire want to know what you accomplished. They want to see someone who can achieve and someone that is results-oriented. And, of course, they want to see results that are important to them.

When you prepare your awards packets, remember to focus on results that are going to be important to the judges. I promise that this will make you more competitive in the eyes of the selection committee.