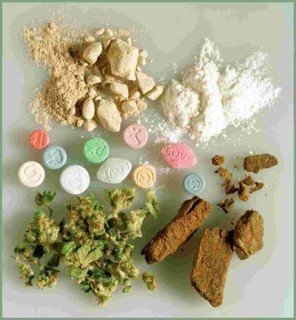 My fraternity had a drug problem. The problem was two-fold. First, about half of the brothers started using drugs occasionally. While drug use should not be condoned, the recreational use by most of these brothers never interfered with their standing in fraternity. Drug use was not condoned on fraternity property, and the brotherhood respected that rule.

The bigger problem was the divide it caused.  Brothers often worried that these were signs of a real problem and not just recreational use.  Many of the brothers who didn’t use drugs stopped going to the house. While the use was not on the property, it was happening just across the street. The use also seemed to encourage unsavory characters to be around the house, another turn-off for a lot of brothers.

This divisiveness nearly tore our fraternity apart. For most of the year, we did not have a party or do the fun things that a fraternity normally does. The result was apparent in everything we did. Our chapter GPA went down. We had a large number of brothers quit. We had brothers drop out of school. Our fraternity finances were a mess. Our recruitment was terrible. Our fraternity was going down a bad road, and we were not sure how to turn things around.

Fortunately for us, this negative turned out to be positive in one regard. The brothers who quit did us a favor by cleaning out the dead weight in our fraternity. Most of them were delinquent on dues, and rarely participated in fraternity events anyway. Be getting these brothers out of the fraternity, we eliminated a lot of bad influences and were able to start rebuilding.

Eventually, the drug use tailed off. I cannot identify a catalyst of why it stopped, but I know it did. Slowly the fraternity got back on its feet, and started to thrive.

In hindsight I believe the use was due to boredom. The fraternity was not healthy, and was not providing social opportunities that the brothers needed. The brothers went across the street to pass the time.

There are a few valuable lessons to be learned from my experience. I think the situation would have been turned out much more positive if brothers would have discussed the issue more openly. The problems were rarely discussed in a mature manner. This caused the us vs. them mentality which isn’t healthy for any chapter.

Finally, a fraternity that wants to avoid a drug problem needs to develop an anti-drug culture. The brothers who occasionally do drugs will end up doing it discretely and away from the brothers who didn’t like to be around it. Ultimately, this is probably the best solution to a difficult situation.