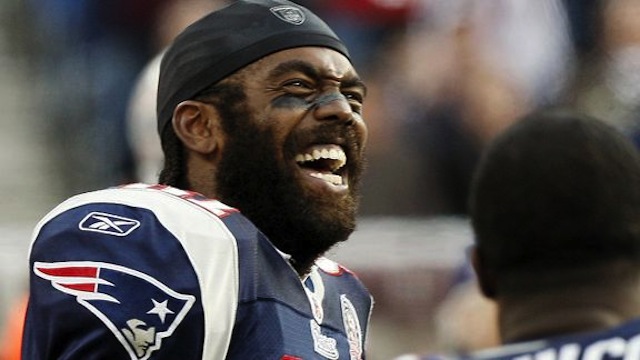 Randy Moss is probably the most talented wide receiver to ever play football.  He is more gifted than Jerry Rice and all the other NFL greats.  However, he has a critical flaw which prevents him from being the best.

That flaw is he is selfish.  That was very evident this weekend.

Minnesota traded a 3rd round pick in next year’s draft and picked up his multi-million dollar contract to bring him home.  And the thanks Randy gave them was more than pathetic.

First, he absolutely dogged it during the game this weekend with New England.  He played with no heart, and his lack of effort was a disgrace to the game.

Then, in his post-game interview, he decided that he was going to conduct his own press conference.  Because he was fined last week for not speaking to the media, he asked himself questions, then he answered them.  Of course, he showed no appreciation to the team that brought him home, but instead lavished praise on the team that dumped him.

What the Vikings did today is the lesson we can learn about leadership.  When you have a guy who is a cancer to your team, you get rid of him.

The Vikings didn’t worry the 3rd rounder they invested in a guy who played only played three games for them.  They didn’t worry about the millions of dollars it would cost them if no one decides to pick him up on Tuesday.  Those were all sunk costs.

They realized that their organization was better if he wasn’t part of it, so they cut their losses and cut Randy.

Remember this in your dealings with your fraternity.  If you have a guy who is a cancer, get rid of him before it spreads to the other brothers.  You’ll be glad you did.