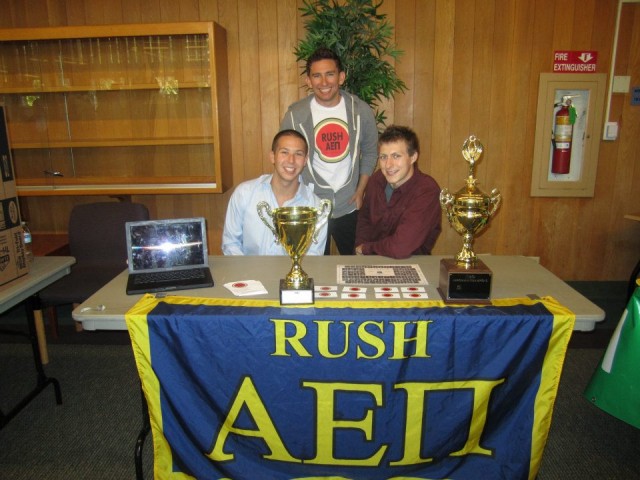 It amazes me that nearly every fraternity pledge program concludes without teaching pledges anything about recruitment. Recruitment is the life-blood of the chapter. It is essential that the chapter takes the time to educate the pledges on how to recruit.

The second step is applying what they had learned. The most obvious way to apply what they had learned is to make one of their pledge nights a rush event. Give the pledge class a budget, and have them organize an event. Be sure the class and each pledge has a goal of how many guys they need to bring out. The brotherhood should fully support the event, but take a backseat role in its organization.

There are several benefits to having a pledge-led rush event during the semester besides teaching the pledges how to recruit. Rush events are normally a lot of fun, and should be a good time for the fraternity. It gives the chapter a head start on the next semester’s recruitment. The pledges will often lean on their closest friends to attend their rush event. Getting these guys interested can provide a solid base for the next semester. It also forces the fraternity to share recruitment best practices with each other. The majority of the fraternity forgets about recruitment outside the two weeks of rush. Having an event mid-semester forces the brotherhood to think about how they recruit and hopefully the brothers will be able to pick up a tip or two in the process.

At the end of the event, the pledge class will have exposure to one of the most critical components in the life of a fraternity. The pledges will have learned something valuable, and will become better brothers because of it.