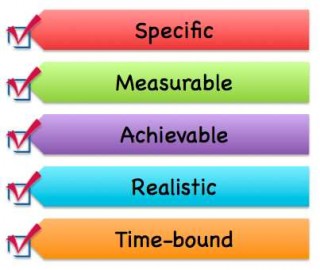 People love acronyms. Someone came up with a cute one for goals. They say that all goals need to be SMART (specific, measurable, attainable, realistic and timely). I strongly disagree with the statement.

That is because this puts a limit on dreamers – something that I think is wrong. Dreamers strive for the unattainable, even though their intentions aren’t very realistic.

I had such a moment when I was a kid. I am a huge Philadelphia Eagles fan, and was convinced one year that they were going to make it to the Super Bowl. Philly had just blown out Dallas in Week 4 on a Monday night. They were 4-0, and were the best team in the NFL.

So I started writing letters to everyone I could think of. I wrote a letter to the Eagles and to the NFL commissioner. The game was in the Rose Bowl in Pasadena, CA so I wrote the governor of CA, and the mayor of Pasadena.

And believe it or not, the mayor of Pasadena actually responded. He said the city was given 20 tickets, and if I wanted one I could have one.

So my Dad kept his word, and we flew from Dayton, OH to Pasadena. I sat with the mayor in his box in the Rose Bowl. I was on the local news and my story was in the local paper. What a great memory for a kid.

I would have never had this memory if I would have subscribed to the SMART theory. What I was attempting was not very realistic or attainable for a young kid. I didn’t let the handcuffs of popular beliefs stop me though.

As the leader of your fraternity you have the ability to achieve great things. Don’t let others put limits on you by telling you how your goals should be structured.

The beauty about striving to achieve the unachievable is that even if you don’t succeed, you will become better for the experience. Your fraternity needs you to dream big. Remember that only limit you have in life is the limit you place on yourself.