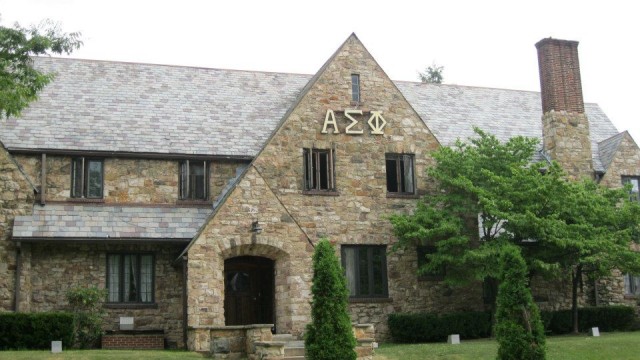 This year’s NASPA conference in Phoenix offered a special insight into Greek Life and perception on college campuses all over the country. The NASPA Assessment and Knowledge Consortium put together a report about their findings about Greek Life and the numbers are both surprising and alarming.

There has been a renewed emphasis in the Fraternity world on public relations.  This is the most undervalued aspect of any Fraternity’s operations because of the effect it can have on recruitment and retention, two things that can cripple a chapter if done poorly. The NASPA reports offers hard data to examine for each and every Fraternity man out there, active and alumni alike. I tried to take an objective look at the information and provide some feedback for chapters out there so that we as a larger Greek family can use the information to our advantage. Often times, reports like these, whether good or bad, can be incredibly useful tools. The report can be found through the InsideHigherEd.com article here – http://www.insidehighered.com/news/2012/03/13/naspa-consortium-survey-finds-varying-student-perceptions-value-greek-life. Here were some of the highlights: Positives –          The report stated clearly (and the accompanying articles did as well) that Greeks have a significantly higher graduation and retention rate that non-Greeks and are more active on campus in both campus life and faculty / staff interactions. –          93% of Greeks responded that they were very knowledgeable about hazing policies and what constitutes hazing. 94% reported that they NEVER haze (though we all wish it was 100%) –          There is a concerted effort on college campuses to increase positive Greek exposure and to increases resources for Greeks to continue to grow and be successful. The article above specifically mentioned programs at Eastern Michigan and Wisconsin-Milwaukee. Negatives –          Greeks and non-Greeks are consciously setting boundaries between themselves as student populations. This arises from two numbers. 61% of Greeks feel that they are viewed negatively by non-Greeks while only 42% of non-Greeks surveyed have a negative perception. This is a sizable difference and I feel is hindering the enthusiasm and motivations of Greeks. Yes, we should not be viewed unfavorably at such a high rate, but if we feel that a whopping 61% of non-Greeks feel so negatively about us, that is not a helpful mindset –          92% of Greeks feel that they improve campus life, but only 22% of non-Greeks feel that way. That is an alarmingly low number. –          Only 77% of non-Greeks draw their conclusions about Greek Life from interactions with Greek students. Of those surveyed, 14% of non-Greeks NEVER interact with Greeks. Remember Pat’s Positive Public Relations Challenge? This is why. Get out there and meet people. Get out there and increase the number of non-Greeks that interact with you in a good way. Challenge these numbers on your campus. Of course some students just won’t change their minds, but don’t let it be because you never tried. –          43% of those that dropped out of recruitment did so because they did not connect with active members and 38% left with bad impressions of Greek Life. We cannot be successful if over one-third of those that do not sign bids have a bad first impression. In customer service studies, these folks will then tell at least three people about their bad experience. In truth, we’ve lost four potential members, not one. As for connecting with members, it is important to remember that recruitment is not selling your chapter, but selling your people. People join people. It is important to remember that this survey is now meant to attack Greek Life. It is meant as a tool for campuses and Greeks everywhere. It is meant to offer insights and to give Greeks some concrete data to utilize as a means of improvement. I would also encourage you to read the InsideHigherEd.com article posted above in its entirety to see more information and responses to the survey. This article was written by Joe Russo, an alumni brother from Phi Delta Theta and new contributor for the thefraternityadvisor.com. If you are interested in writing for thefraternityadvisor.com – let us know (CLICK HERE)!