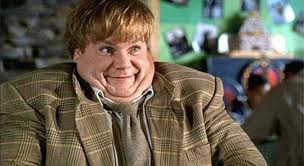 My question is about my little brother in the Fraternity.  I was heavily involved with fraternity recruitment over the summer and rush week and thus had a pretty good idea of who I wanted to pick as my little.  I hung out with freshman through the first few weeks of school and then through rush so I could get to know as many guys as possible to choose for what I consider to be the top chapter on campus.

This is where I met my future little brother. We both hit it off really well and when it came down to choosing I had no doubt who I was going to pick, and due to my involvement with rush I was part of the committee that selected big/little pairings and I knew he had first preferred me.

I had high expectations for him and our relationship, due in fact to my own experience as a pledge and also because of the relationship I had with my big brother. It went really well for most of it (my chapter has 8 weeks of new member education followed by a pre-initiation week and then ritual), but I started to notice that the more our relationship deepens the more he takes me for granted.

It’s sometimes hard for me to separate our little brother relationship to just friends relationship, but I still never foresaw this happening. I have easily been the most involved big brother and in general terms I am incredibly passionate about my chapter and it shows.  I figured he would react in a more positive way and work harder.

He was a mediocre pledge at best, and I am very visibly the one that puts more effort into the relationship. Don’t take me wrong, he is committed and I know deep down he does appreciate that I am his big brother, but I am not someone that begs for attention or friendships and it is reaching that point where he just assumes I will always be there for him. I will always be there for him, but I would like it to be more balanced. Is this a normal situation with bigs and littles? What can I do to make sure he does not take my efforts as a big brother for granted? How can I kindle his passion for the chapter?

Do you remember the scene in Tommy Boy where Tommy is explaining to Helen and Richard how he blows his sale?  If not – here it is:

The point is Tommy gets so worked up over making a sale he eventually crushes it because he wants it too bad.  Sounds like you are in the same boat.

You are a rock-star brother.  Probably one of the guys that makes your house the best on campus.  You expect your little brother to share the same love and enthusiasm for the fraternity.  It just isn’t likely to happen.

And that isn’t his fault.  Let’s flip the table and look at it from his perspective.  He is 18 years old.  He is new to college and being away from home.  He is probably a little immature because all 18 year old guys are.  Cut him so slack for not being as dedicated to the fraternity right now.

Also, he hasn’t been part of the fraternity as long as you have.  Sure he made it through the new member period – but he doesn’t really understand everything about being a brother yet.  That takes time and experience – both of which he doesn’t have.

It may be hard to be your little brother.  He may feel like he has to live up to more than he wants to at this stage of his college career.  He could be rebelling against that.

Finally, he could be screwing with you.  He may know it pisses you off so he gives you a hard time to get a rise out of you.  My big brother was the best guy in the world, but had a short fuse so he was fun to screw with.  I remember him complaining to the pledge marshal that I was hazing him.  I was just joking around because I liked him so much.  I probably took it too far in good fun – but that is what young guys do.

My advice to you is to take it easy.  Realize that is he going to grow into a good brother.  That is the goal.  It doesn’t matter if he is a good pledge or not.

Your job as his big is to provide guidance to help him get there when needed.  Don’t overdo it with the guidance though.  Let him grow and make his mistakes.  If you do, he will be more prone to come to help when he really needs it.

This question was submitted by one of our readers. If you have a question you want me to answer go here to submit it: Fraternity Advice.
Tweet
Email
Print
December 2, 2013 by Pat Hagerty in Fraternity Pledge Program