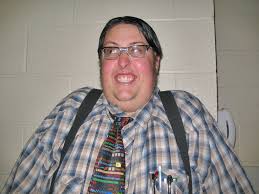 This article is Day 17 of the series: 31 Days to Better Fraternity Recruitment.

Marshall lived in the dorms with a lot of brothers.  He was a nice enough guy, but someone nobody wanted in the fraternity.  He lacked a lot of qualities we looked for in a brother, and was never offered a bid because of it.

This did not dissuade Marshall from coming out semester after semester for rush.  And each time he became more and more disappointed that he did not receive a bid.

The truth is none of us had the heart to tell him we didn’t want him in our fraternity.  We didn’t mind being his acquaintance in the dorms, but he just wouldn’t be a good fit in the chapter.

In hindsight, we were pretty cruel.  We allowed him to have hope of joining the fraternity when the fact is it was never going to happen.  Instead of being up front with him and hurting his feelings once, we chose to hurt his feelings to a lesser degree every semester.

We should have manned up and let him know the truth in as tactful a way as possible.  This is what fraternity leaders do and we failed.

If you have a Marshall and your fraternity has decided he is not a good fit – then tell him the truth.  Don’t let the guy get his hopes up and then string him along.  You may think you are trying to not hurt the guy’s feelings, but in truth you are being cruel.

From a fraternity standpoint you also aren’t doing yourself any favors either.  Your Marshall probably knows most of the guys, and is quite comfortable in the chapter house.  The rest of the guys rushing can see this and may think he is going to become a brother or that he is already a brother.  They do not know the dynamics of the relationships of the chapter.

They may feel the same way you do and decide that they don’t want to be brothers with Marshall either.  And then they will stop rushing your fraternity and go to the next one.

No one likes to be the bad guy.  The day you don’t feel bad about telling a guy he isn’t wanted is the day you lose your soul.

But that is the nature of being a part of an exclusive fraternity.  You want to surround yourself with the highest caliber student and men.  If someone doesn’t meet those standards, then kudos to you for recognizing it.

There are going to be people who enter your life and you are going to have to tell them what they don’t want to hear.  Don’t prolong the agony for anyone.  Be direct and as kind as possible when delivering the disappointment.  If you do everyone will be better for it in the long run.