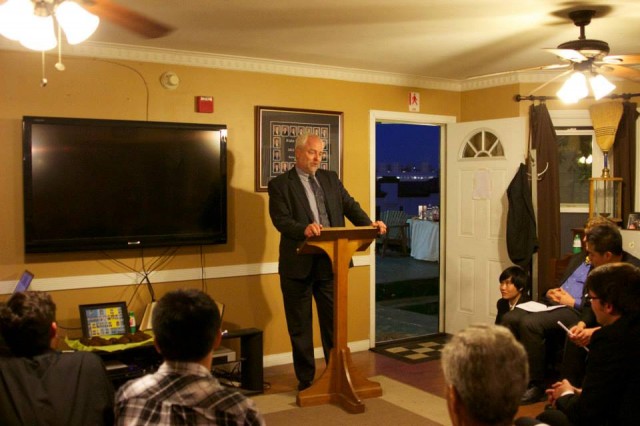 I’m the newly elected president of my fraternity and with that we have a new exec. They are all studs except for one. He got elected because no one else ran (A problem within itself). Anyways, he’s extremely busy and struggles to make exec meetings and other fraternity events.

He’s very stubborn and it’s hard to talk to him about issues straight up without his face turning red and shutting you out. He always thinks he’s right; he doesn’t listen, etc…. As you can tell he doesn’t have the ideal leadership traits. These traits are needed especially for his position because his committee consists of 8-10 guys and is extremely crucial to our success.

He’s also doesn’t hold the clout/respect an exec member should have in order to lead by example. The rest of exec and even some advisors think we need to do something about it. Yet, he says he’ll have more time next semester. Yet he still has to work 30-40 hours a week? I don’t see how that works.

At any rate, we decided we’ll see how he does next semester. However, is it worth waiting and having to transition in a new VP mid semester? And when we get to the point when we have to cut him., how do we do it? Were still a colony so we don’t have a protocol for that yet.

This is a very tough spot – one I have been a part of several times.

The very worst possible way your fraternity can handle it is by having a public vote to impeach him.  While this is done as a referendum on his role on the exec board, he won’t see it this way.  He will see it as a vote on his value as a brother.  So regardless of how the vote turns out, this will forever impact his feeling on the brotherhood and other brothers.  This has to be the last resort.

The best possible outcome would be for the president to have a one on one talk with this brother.  He needs to be able to give concrete examples of why the brother is failing in his leadership position.  These examples cannot be subjective at all.  There should be no room for debate.  Then, the conversation should turn to why these things are happening.

I would expect him to say because he doesn’t have time because of work.  If that is the case, then give him an out.  Tell him that even though the brotherhood thinks he is the best person for the job (which was determined by the election) that he is doing them a disservice because he doesn’t have the time necessary for the commitment he made.  Ask him if he’ll resign and mentor his replacement.  Of course, the mentoring will never happen but it is a way to soften the blow.

More times than not, a brother in this situation will welcome being able to get rid of his commitment.  He knows he doesn’t’ have time, and if he is a good brother he will not feel good about how he has performed.  And by resigning, he gets to save face with everyone.  The president should commend him publically for making such a tough call and putting the chapter first.

If the brother refuses to resign, and the exec board is sure it is the right move, then you need to follow your constitution on how to remove a brother from office.  Follow that procedure exactly as it is laid out.  Again be sure that this does not become subjective or personal.

Impeach a brother only as a last resort.  The brother who is impeached will have hurt feelings regardless of the outcome.  Realize you have a high probability of losing that brother if you elect to impeach him.

That being said, if it is the right move it’s the right move.  Be confident in the decision and move on.  Don’t let the issue dwell or linger.  But be sure your fraternity will become stronger as a result.