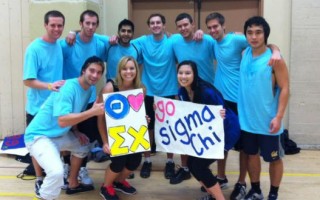 This article is Day 11 of the series: 31 Days to Better Fraternity Recruitment.

First, there is the recruit who has a girlfriend.  He doesn’t want to attend rush events because he wants to be with her.  You know he would be a great brother, but for some reason you can’t convince him to break away for a few hours to help during rush.  The worst part is everyone realizes that he is probably going to break up with her by Thanksgiving.

Second, there is the brother who has a girlfriend.  She is threatened by his involvement in the fraternity and does not like him being active.  This kills the brothers because he was once a super-active brother who added a ton to the chapter.  And of course, his current situation makes counting on him during rush very difficult.

In both cases the fraternity has to realize that the girlfriends are important parts of both guy’s lives.  And they can use this to their advantage.

By this I mean plan events where the girlfriends are invited.

This will help get the recruits with girlfriends to participate in rush.  The recruit’s girlfriend will get exposed to fraternity life and realize it isn’t a bad thing at all.  Hopefully she will meet the other girlfriends at the event and enjoy being part of it.  Better yet, hopefully she will see what is in it for her – semiformals and formals are huge in girlfriend’s eyes – and help nudge her guy into joining.

The brother’s girlfriend will become more supportive because she is not left out.  Better yet, she may even feel like she is part of the fraternity and will rush the recruit’s girlfriend.  A girlfriend can be a powerful ally during recruitment.  They are an important part of the brother’s life, and this is one way to treat them like it.

Let’s not discount the impression it will have on the rest of the recruits.  If you have a lot of girls around the fraternity you will catch the recruit’s attention.  They want to be in an environment where girls are around.  They want to see that brothers in the fraternity can meet and date smart, attractive girls.  This is a great way to show them.

Finally don’t forget that a big part of recruitment in the eyes of the recruit is looking at the older brothers and seeing themselves in their position.  The recruits will be more likely to want to be like these brothers if they see them in healthy relationships.

Don’t let girlfriends hurt you during rush.  They can be one of your best assets.