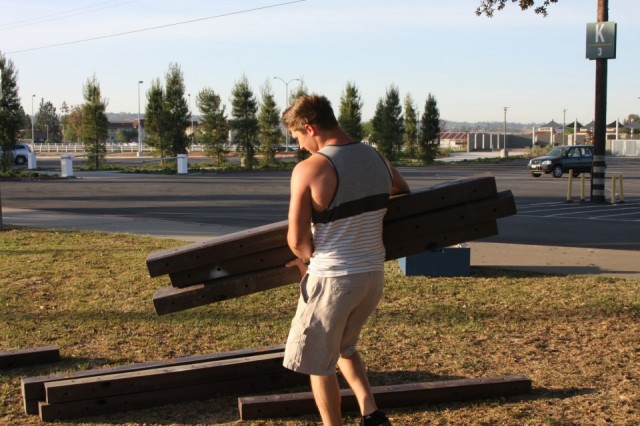 Being a leader in your fraternity requires you to lead by example.  However, just as important is showing leadership when no one is watching.

While in the Air Force I deployed to Iraq.  I had a huge project where I had to renovate a building that would be used to interrogate terrorists.  Half of the building would be used as living quarters, the other half would be used for work functions.

Part of the renovation was adding electrical outlets to each room.  I had instructed a contractor to install the outlets, expecting him to follow basic electrical standards.

I was wrong.  It turns out the contractor had installed the new outlets using speaker wire.  Worse than that, all he did was lay the speaker wire on top of the drop ceiling.  This was obviously a potential fire hazard.

I had a decision to make.  I was getting beat up by my boss and was already way behind on this project.  I was due to return home in a few short weeks, so if I ignored it, it wouldn’t be my problem to handle. I could have just approved it and ‘noticed’ the problem right before I left leaving it for my replacement to fix.

But that isn’t what a leader does.  A leader addresses the issue, and fixes it.  While the chances of a fire were small, I can sleep well at night knowing that I did not put anyone in danger.

This situation happens hundreds of times every semester as a leader in a fraternity.  I can’t count how many times I could have fudged an expense report if I wanted to.  There were numerous times that the brothers would never know if I didn’t meet our commitments to others outside the organization.

Again though, it goes back to doing the right thing, even when no one is watching.  This is one trait that separates those that simply hold an office from leaders.  This is a trait which builds character and integrity.  Always hold yourself to the highest standard, because that is what the best fraternity leaders do.