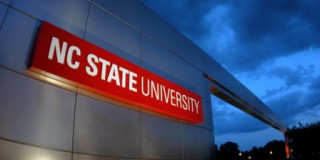 At the end of the fall semester my sophomore year, my fraternity held our annual e-board elections. I was running against an older, much more experienced brother for president. However, I felt I was the best man for the job, so I decided to run.

At first, I am sure the older brothers were not convinced I was experienced enough to lead the chapter. I followed the plan I outlined in The Fraternity Leader Series on How to Win Your Fraternity Election, and it nearly worked.

But I ended up narrowly losing that election. I think I lost because the other brother was more experienced. He was a great choice for president, even though I thought I would have been the better choice. Another factor was an alternate plan devised by the brothers. This probably had the most significant impact on the election.

The alternate plan was a large number of brothers had decided to vote for me as a write-in candidate for vice-president. I ended up winning that election. I had no idea that this was being discussed, and when I found out it came as quite a shock.

I did not accept that position though. One of my pledge brothers had his heart set on the vice-president position, and I believed he would do a good job. I did not want to pull the rug out from under him, so I turned the position down and he was elected.

The take-away from this story is to not become discouraged if you don’t win you first fraternity election, especially early in your college career. There will be plenty of elections in the future.

The best thing you can do is to be the model brother, and do everything you can to support the leadership team that was elected. How you handle these little setbacks in life is how you will be remembered. It also says a lot about your character.

link to How Can Your Fraternity Use Social Media in Recruitment?