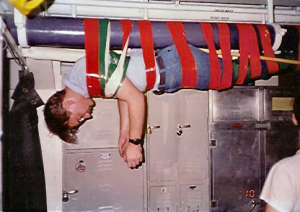 Hazing is bad on a bunch of different levels and one of the most stupid things fraternities do.  Besides being against university, fraternity and federal law – it also isn’t really that much fun.  If your fraternity hazes, think about your last pledge period.  Was is like pulling teeth to get brothers to come to pledge events?   That is because hazing isn’t much fun for the brothers.

Tweet
Email
Print
May 11, 2010 by Pat Hagerty in Fraternity Issues